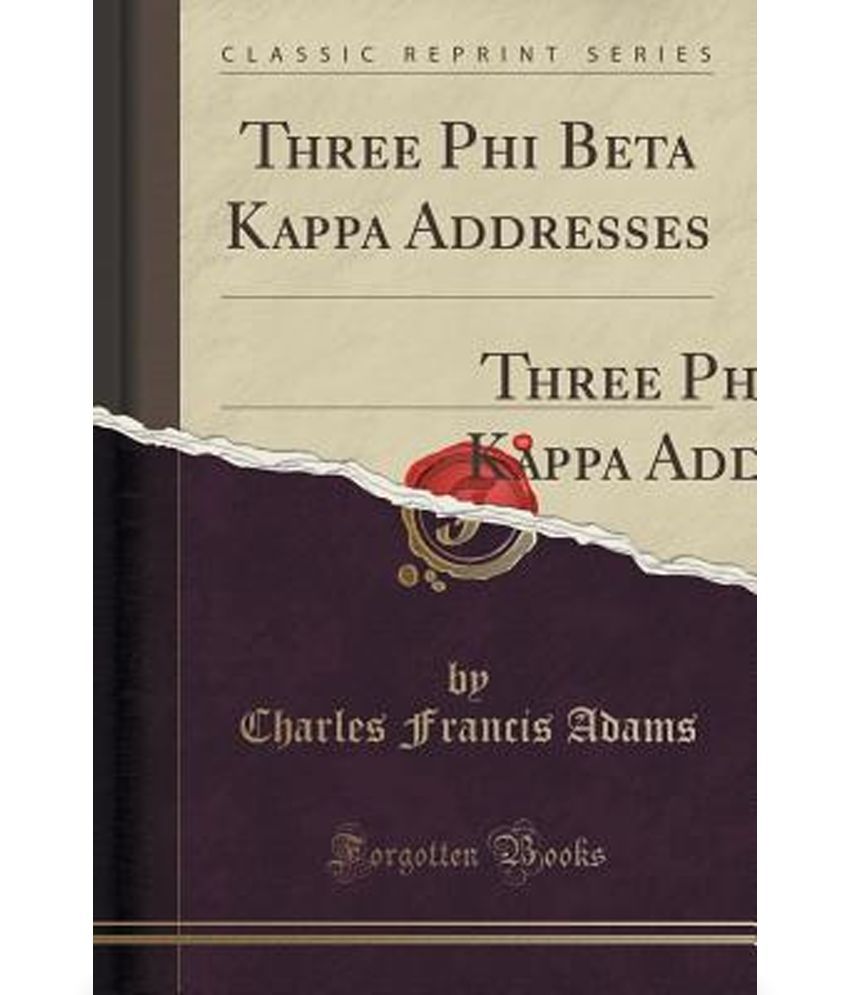 Excerpt from Three Phi Beta Kappa Addresses: A College Fetich, 1883; "Shall Cromwell Have a Statue?," 1902; Some Modern College Tendencies, 1906
The reason of this republication at the present time is sufficiently explained in the beginning of the third of the addresses (pp. 101-3). It is in the nature of a record. Fifty years after graduation from Harvard, I am closing a term of service on its Board of Overseers extending over half that period. The first of the three Phi Beta Kappa addresses, - A College Fetich, - when delivered at Cambridge nearly a quarter of a century ago, excited active discussion; and, when the third address, that entitled Some Modern College Tendencies, was delivered in New York in June last, it appeared that the earlier effort had not yet been altogether forgotten. Long out of print, the recollection of it was decidedly vague; and, both in the comments of the press and in private, it was assumed that between the two addresses there was a wide divergence of view, - the opinions entertained in 1883 were referred to as distinctly at variance with those expressed in 1906.
Had I during those intervening years seen any reason for a change of view, I should not for a moment have hesitated in giving utterance to the later and more matured beliefs; for consistency in these matters is apt to be indicative of little else than either an inability or an unwillingness to observe and to learn. In those three and twenty years, also, a great many things happened. It so chances, however, that in this particular case there was no inconsistency between the two utterances, no change or modification of view.
About the Publisher
Forgotten Books publishes hundreds of thousands of rare and classic books. Find more at www.forgottenbooks.com
This book is a reproduction of an important historical work. Forgotten Books uses state-of-the-art technology to digitally reconstruct the work, preserving the original format whilst repairing imperfections present in the aged copy. In rare cases, an imperfection in the original, such as a blemish or missing page, may be replicated in our edition. We do, however, repair the vast majority of imperfections successfully; any imperfections that remain are intentionally left to preserve the state of such historical works.